5 Telltale Signs A Home Has Been Abused Or Neglected

5 Telltale Signs A Home Has Been Abused Or Neglected 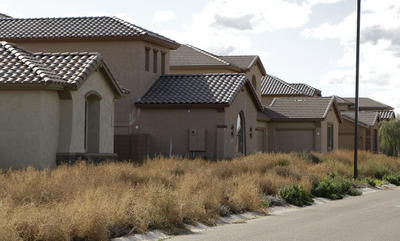 Every house has a story to tell. What is the house you are looking at have to say about its upkeep (or lack thereof)?

Before you purchase a home, you want to know that past owners have taken good care of it. That isn’t always easy to tell, especially if the current owner is working hard to put the property’s best foot forward. But, even when the owner has done his best to hide the ugly truth, there are ways to tell whether the home might be a ticking time bomb of repairs after the sale.

When you are shopping for your next home, you want to find one that has been well maintained over the years, one that isn’t hiding unseen problems. A good home inspection should be able to catch the major issues, but at that point, you’ve already invested earnest money and become emotionally attached. How can you spot a potentially problematic house earlier?

All homes show some signs of wear and tear such as a dent in the baseboard or a broken paver in the backyard. But, when you can stand in one place and point to sign after sign, it is probably safe to assume that the previous homeowners haven’t always treated the house with TLC, and if he hasn’t taken care of what can be seen, he most likely hasn’t bothered with what can’t be.

Even if you’re looking for a fixer-upper, overlooking signs of neglect or abuse can be a mistake. It’s one thing to plan to replace the carpet or remodel the kitchen and another to realize, once you’re emotionally invested, that the fresh coat of paint on the ceiling masked a much larger problem.

It goes without saying that if the owner can’t bother to pull the weeds, trim overgrown plants, rake the leaves, or pick up debris in the front or backyard when he is trying to market his home, he hasn’t taken any better care of it over the years.  Watch, too, for standing water in the yard or a landscape that slopes toward the house, signs of a drainage problem he hasn’t addressed.

New landscaping seems like a perk, but it could be a quick fix to mask a much larger problem. At the very least, if he’s replaced dying plants and re-sodded the lawn, it indicates he didn’t spend much time caring for the yard. An extensive redesign, though, could be a sign that the home had drainage issues. Check the exterior walls for cracks and other signs of water damage.

Pay attention to the front porch and entrance, too. Is it neat, clean, and in good repair?  Or, does it look like he just set a pot of fresh flowers out and hopped you wouldn’t notice the unpainted railings or peeling front door.

Water is a big, big deal. HomeAdvisor, an online contractor referral service, estimates that most homeowners will spend between $2,000 and $3,000 to repair the damage, but that depends on how much damage has actually been done and how long it has been left untreated. If mold has developed, you may not only be faced with expensive repairs but you may also have to deal with health issues.

Chances are the owner will try to paint over the problem. Look for freshly painted ceilings and walls, especially if the rest of the house hasn’t received a new coat. Other telltale signs include discolored flooring, cracked floors, warped walls, a sagging ceiling, blistering or peeling wall surfaces, fuzzy growths, and a musty odor.

Don’t limit your search for water damage to the main areas of the house. Head to the basement; is it wet and damp? Does it smell musty? Are the walls cracked or fractured? Outside, look for soggy areas in the yard and buckled cement in addition to cracks in the foundation.

The general cleanliness of a property can say a lot about how much care it has received before it went on the market. If the sink is overflowing with dirty dishes and the bed unmade when he is trying to sell the house, then he probably hasn’t made much of an effort in the past either.

Most homeowners, though, will take the time to clean and pick up trash. They will likely even make some minor home repairs and upgrades, like painting or putting new mulch in the flowerbeds. Some will even go the extra mile and simmer cinnamon sticks on the stove.

That’s all well and good, but as the homebuyer, you need to look deeper. When you open the pantry door to see how much space there is, check to see whether it’s clean (a dirty pantry is an invitation to pests like ants). Pull back the shower curtain. Is the tub clean? Look in the corners. Is there dust, or do you see cobwebs near the ceiling? It could be an indication that the house normally isn’t clean, and that could be a sign of neglect.

One of the easiest ways to spot a home that has been abused is to take a good look at its fixtures. Is a light bulb missing from the under-cabinets lighting fixture? Are switch plates missing throughout the house? What about door handles, ceiling fans, and other major items?

As you move through the house, check fixtures, too. The door handle may look fine, but is it loose? Does the lock work? What about the faucet? Is the handle wobbly when you try to turn it on? If the homeowner hasn’t attended to these relatively minor issues before putting the house on the market, chances are he hasn’t dealt with the major ones either.

Of course, it goes without saying that if he hasn’t replaced missing items, he hasn’t devoted much time (or any) to the upkeep of the house. However, if you see a lot of new but mismatched fixtures, that could be sending the same message. Either the homeowner is too cheap to try to match an item (which probably indicates he has taken the cheap route on other repairs) or he has recently replaced an item he has damaged.

Damage is the surest sign of abuse. It’s one thing when homeowner hasn’t bothered to fix a broken door handle but quite another when you see holes in the wall, punched doors, broken appliances, burnt carpet, excessive stains, and other signs of abuse. In most cases, someone took an active role in destroying the property.

As you view the house, take note of attempts to cover up damage as well. If you notice excessive patches or plastering, it could be a sign that the house took its fair share of abuse.

Jason Z Peck is a Top Producing Realtor with Keller Williams Realty who has been recognized locally and nationally by multiple publications and organizations. He can be reached at 720-446-6301. 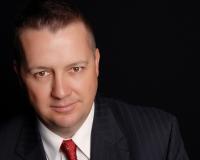 Want to Advertise on this Site?

In just a few seconds, you will be searching just like a Realtor®

Recognized as a top selling team in Denver Metro area. Nationally recognized for homes sold by the Wall Street Journal, Real Trends and Top 5 agent by RIS Media. Our goal is simple and that is to exceed our client's expectations by providing professional service, expert advice and exceptional results.

What The New FHA Rules Mean To You

The Federal Housing Authority (FHA) removed some restrictions on condo

Buyer Surge In Denver For 2019 Are Sellers Ready

Buyer surge in Denver for 2019, Are sellers ready? A perspective

Mortgage Interest Rate Decreases What Does It Mean For 2019

Mortgage interest rate decreases… what does it mean for 2019?

"We worked with Karen Venier for a relatively short time for a good reason: our home sold at full price within hours of hitting the market! While it’s true that the Denver housing market is “hot,” credit for the speed and ease of our transaction belongs to Karen. She was great to work with, giving us perfect advice about readying our home for sale and then expertly guiding us from offer to close. Along the way, we came to appreciate Karen for her skillful blend of professionalism and personal touches – like dropping off our favorite beverages during a particularly stressful time in our move or shoveling our driveway in subzero temps after we’d left the state (way beyond the call of duty!). Now that we’ve relocated to Wisconsin, we keep saying that we wish Karen could be our buyer’s agent here. Since that’s not possible, we’ll shout her name loudly to whoever might be looking for a home in the Denver area. Thanks for the great work, Karen! "

This is a list of your favorite properties. We will email you if a property is reduced or leaves the market.

This message will go directly to the head of our team.